What Is Stomach Cancer?

Stomach cancer is cancer that develops from the cells of the inner layer of the stomach. Cancer is the uncontrolled growth of abnormal cells. The accumulation of these extra cells forms a mass of tissue called a tumor. Cancer can occur in any part of the stomach.

Lymph nodes are the small kidney-shaped structures which are the sites for formation of body’s defense cells lymphocytes. Lymph is a clear fluid that flows through lymph vessels and lymph nodes. The interstitial fluid (fluid found between the cells) bathes all the cells and carries excretory products, bacteria and viruses from the cells and helps remove them from the body’s tissues.

Gastric cancer treatment depends on the type and the stage or spread of the cancer. Your age and general state of health is also important consideration by the doctor in determining the treatment modality. Treatment involves surgery, chemotherapy and radiation therapy. Surgery is the most common treatment for gastric cancer. 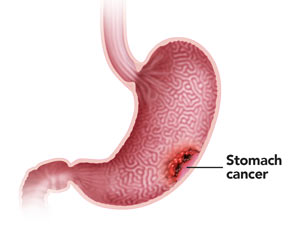 Possible complications of surgery for stomach cancer include bleeding, formation of blood clots, and damage to nearby organs. You may also develop frequent heartburn, abdominal pain (especially after eating), and vitamin deficiencies.

After the surgery follow up is very important since the recurrence of the disease is a possibility. In case of any suspicion the doctor will ask for certain tests to confirm his findings. Absorption of vitamin B12 occurs through upper part of the stomach. If upper part of the stomach is removed by surgery Vitamin B12 levels are closely monitored and Vitamin B12 injections are given when required. The doctor may refer you to a nutritionist to plan your diet and you need to eat more often and small meals as the size of the new stomach is small.

We have the Largest Selection of Gastroenterologists in the Nation

Looking for a gastroenterologists to help you with your condition? Search through our list of vetted Gastroenologists and find a skilled provider in your area.